The Victoria Royals beat the visiting Everette Silvertips 4-1 in front of a sold out crowd at the Save-on-Foods Memorial Centre to cap off the 2015-16 regular season In Victoria, B.C., Canada on March 19, 2016.

Tyler Soy scored twice for the Royals with rookie Mathew Phillips and Vladimir Bobylev scoring once.

The Royals reached the 50-win plateau (50-16-3-3) for the first time in franchise history, and finished the regular season as the top team in the WHL with 106 points. The club also extended their franchise best winning streak to 13 games. 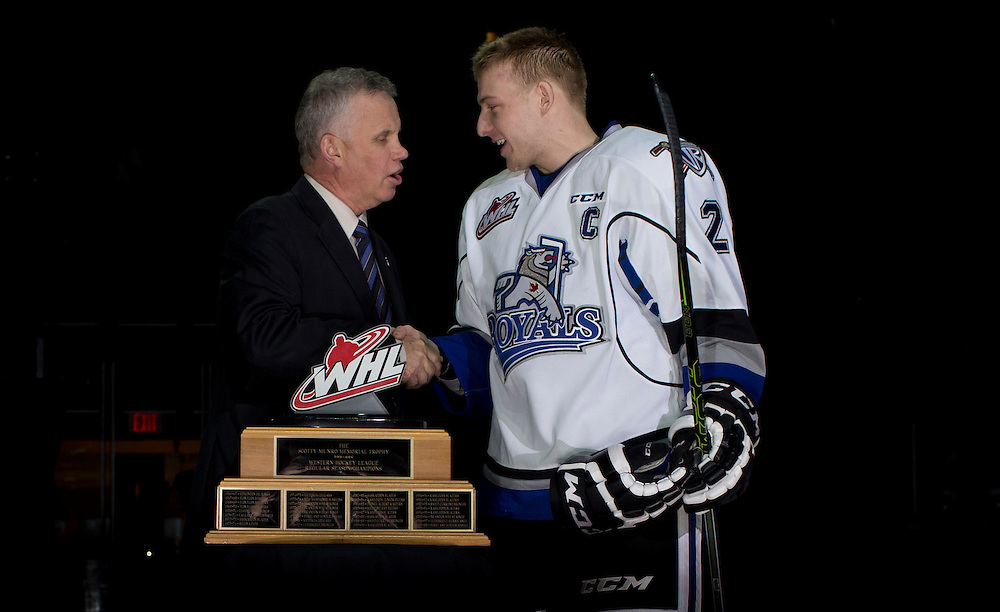